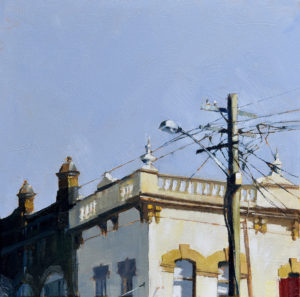 I haven’t posted here for a while but I have been busy with some larger White Bay
Power Station paintings (more about those in a later post).
I’m currently working on a new series of slightly larger rooftop paintings as well.
These are all 30 x 30 cm and will be framed.
The tops of the lovely old buildings around Balmain & Rozelle are mostly intact
and untouched by renovation, so preserve the “quaintness” of the village.
We see them every day but we don’t really look at them.
It’s worth stopping and looking up. Better still, my new rooftop paintings will be
on show later in the year. Details will be posted soon. 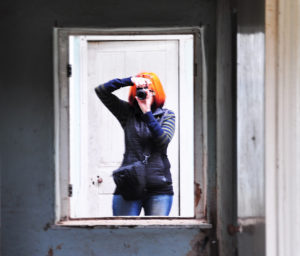 Recently I went to South Australia and visited the town of Burra
(a little north of the Clare Valley, about midway between Adelaide
and Broken Hill). Burra was the one of the world’s largest
copper mines and a major rail transport centre.
In 1877 the mine closed, the population shrank, and the area became wheat
and prime merino sheep country. And sadly the train no longer runs to Burra.
Today the town services the local farming & grazing community, and with its charming
blue stone architecture and mining heritage, is a popular tourist destination.
A warm hearted town with some lovely and interesting people and there’s some good
accommodation (we stayed at the railway station, a fabulous little B&B!),
a couple of great restaurants too.
But the main draw card for me is the abandoned buildings out of town.
To the north, it gets dry. In past times people have upped and just walked off the land.
Tough decisions in very hard times. The area is scattered with an abundance of ruined
buildings, and those colours of the country! A rich source of inspiration for
artists and photographers alike. 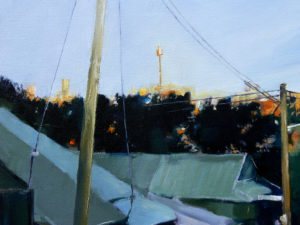 I will be opening my studio this weekend as part
of the Leichhardt Open Studio Trail (LOST) – March 12-13
95 Beattie Street Balmain (opposite Oliver’s Café @ The Exchange Hotel)
LOST is an annual event held in conjunction with Art Month in March.
During this time artists studios in the local area open their doors to the public.
It’s a rear opportunity to see the spaces and chat with participating artists.
There is a free Heritage Bus service covering the trail too!
For more information and maps CLICK here 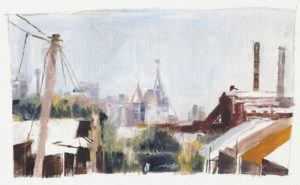 Occasionally I’m asked if I will do a commissioned painting.
I have always said “no” because they make me nervous.
But the requests are becoming more frequent so I will do
a commission if I think I can create a good painting.
This is one of a number (many!) of studies for a view down Brent Street
in Rozelle, looking towards the city. You can see White Bay power station,
the Anzac (Glebe Island) Bridge and Centrepoint (Westfield) Tower
as a contrast in background to the quaint little cottages in Rozelle. 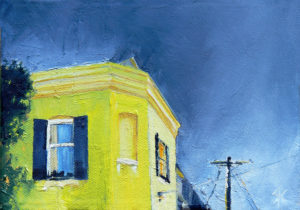 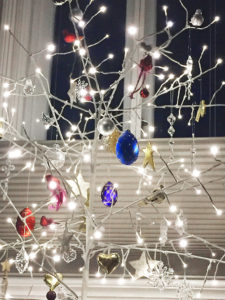 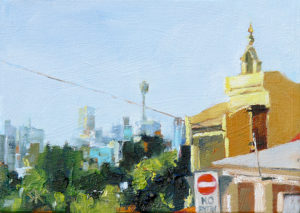 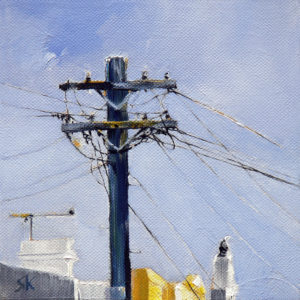 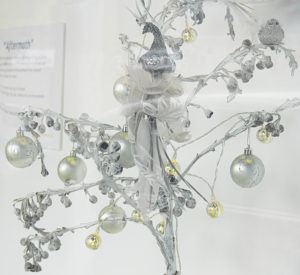 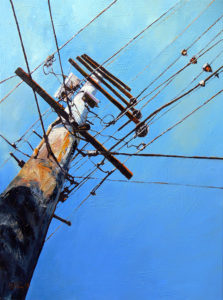